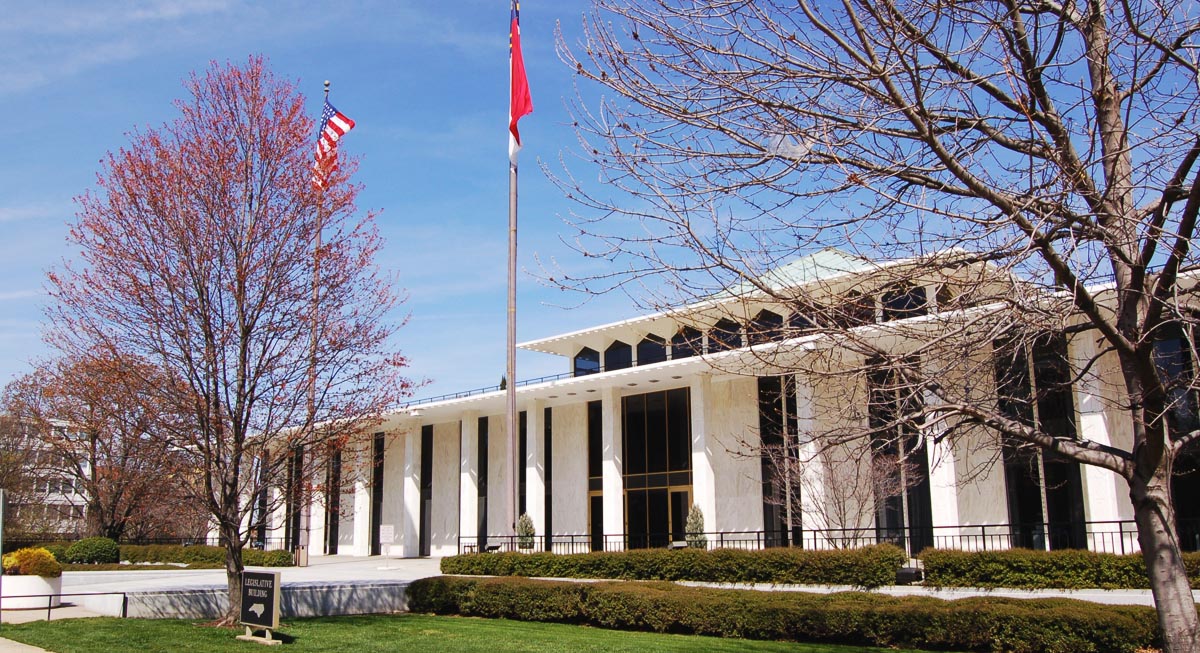 Roughly one month into the state’s legislative “short session” North Carolina lawmakers have wasted no time in getting down to business. We’re taking a look at what’s happened so far, what it means, and what might be coming down the pike.

There has been no shortage of headlines about legislative activity recently, particularly in the North Carolina Senate. The Senate had an especially busy couple of weeks during which the upper chamber passed an omnibus health bill that included Medicaid expansion as well as a bill legalizing medical marijuana.

Medicaid expansion has long been a recurring issue before the General Assembly and a major priority of Gov. Cooper’s. Historically the Senate has opposed expansion efforts, and the legislature’s overall unwillingness to pass Medicaid expansion in the 2019 long session resulted in the subsequent budget stalemate with the Governor. Medical marijuana has seen growing bipartisan support at the General Assembly over recent years and is now championed by the Senate Rules Chairman. Both major health policy changes have passed the Senate with near-unanimous support and await their fates in the House chamber. House leaders have indicated a lack of desire to take up Medicaid expansion in the short session with a preference for convening a special healthcare session later this year to deal with the matter. Currently the omnibus bill containing Medicaid expansion is parked in the Committee on Rules, Calendar, and Operations of the House. The medical marijuana bill, meanwhile, also faces what appears to be an uphill battle in the House chamber and sits in the same committee. Both pieces of proposed legislation, if they pass the House chamber and make it to the Governor’s desk for a signature, indicate major policy shifts for North Carolina.

The Farm Act and the Regulatory Reform Act are two pieces of legislation that lawmakers routinely address each legislative session to update rules and regulations pertaining to a number of topics and industries. Currently, the Senate-initiated North Carolina Farm Act of 2022 successfully passed over to the House after some debate, where it sits in the popular House Rules, Calendar, and Operations Committee awaiting a hearing. The House passed the Regulatory Reform Act and sent it to the Senate, which passed its own different version of the bill, and now the final product is in the hands of a conference committee appointed earlier this month. Both pieces of legislation are typically must-pass bills in any given session, and it’s likely they will find their way to Gov. Cooper’s desk before adjournment.

Per session rules, bills that contain finance or appropriations provisions, passed out of their originating chamber ahead of the crossover deadline last long session, or meet other select criteria remain eligible for consideration this session. Among those bills are a handful of stand-alone clean energy bills that seek to generate taxpayer savings via increased efficiency standards in government buildings, protect property rights for homeowners who wish to install rooftop solar and more. A life-saving healthcare measure authorizing the co-prescription of opioid antagonists, such as overdose-reversal drug naloxone, with certain opioid prescriptions is also making a reappearance this session, elevating an issue before North Carolina leaders that neighboring Southeastern states have recently addressed in their legislative sessions. Many pre-existing bills, so long as they adhere to House and Senate session rules, are technically eligible for consideration in their current form, or they could be amended with new language and take on a new life for the remainder of the 2021-22 biennium.

Of course, the state budget remains perhaps the biggest priority in any legislative session, and legislative leaders have indicated their hopes to pass a budget and get out of town by July 4. While the Senate has filed three budget bills, the measures operate more like placeholders and do not contain any provisions of specific substance. This short session, lawmakers will grapple with a revenue surplus of $6.2 billion more than anticipated this and next year. Lawmakers similarly found an unexpected excess of revenue in the state’s coffers in the long session, which was later attributed to the delay in passing a budget last fall. Some rumors suggest that legislative leaders in both chambers are negotiating a conference package to introduce, pass and present to Gov. Cooper by early next month. To date, there has yet to be a substantial budget bill released by legislators or a public budget hearing held.

As always, the KGA team continues to monitor all legislative activity at and around the General Assembly. For further updates on the short session and the state of major legislation, stay tuned here.