As National Crime Victims’ Rights Week (NCVRW) 2022 draws to a close, we’re reflecting on the importance of victims’ rights and the path that led North Carolina to join a growing number of states enshrining victim protections at a constitutional level.

North Carolina has long had victims’ rights on the books, and roughly four years ago those rights were updated with the passage of what’s colloquially known as Marsy’s Law via an amendment to the state constitution.

The KGA team had the opportunity to advocate for Marsy’s Law at the legislature before it became the ballot initiative that was considered by voters in the 2018 midterm election. In the 2017-18 legislative biennium, House Bill 551 Strengthening Victims’ Rights (H551) was carefully considered by lawmakers and stakeholders, including victim advocacy groups, law enforcement agencies, prosecutors and more.

At its core, H551 sought to fill in gaps by expanding existing victims’ rights and adding enforceability measures. It prescribed a number of specific rights of victims, detailed procedures for notifying victims of their rights and the need to opt-in to those rights, and provided specific instructions for victims to seek recourse in the event their rights are violated. District attorneys, law enforcement officers, victim advocates and more all play unique roles in the justice system, and the input of many groups was critical to forming the bill language that ultimately passed the General Assembly with strong bipartisan support.

Once H551 cleared the legislative hurdle, it was up to North Carolina voters to decide whether to strengthen and expand victims’ constitutional rights in the state. The measure ultimately passed with more than 62 percent voter approval and the North Carolina Constitution was successfully amended.

While Marsy’s Law has already passed in North Carolina, implementation of the relatively new constitutional amendment continues, as do efforts to build support for and recognize the rights of crime victims. This week states, communities and individuals across the country–including across North Carolina– recognized National Crime Victims’ Rights Week 2022 (NCVRW) in a number of ways. The focus of NCVRW this year is to ensure rights, access and equity for all victims as a means of finding justice for all victims of crime and their families.

Here in North Carolina, legislative leaders honored the week by elevating the importance of victims’ rights in official statements, by wearing or lighting up their offices purple in shows of solidarity and more. Support for NCVRW was seen throughout Raleigh as North Carolina’s historic Old Capitol building and the Governor’s Mansion lit up purple in honor of NCVRW. At Kairos Government Affairs, our office similarly lit up purple to honor victims of crime and their families. 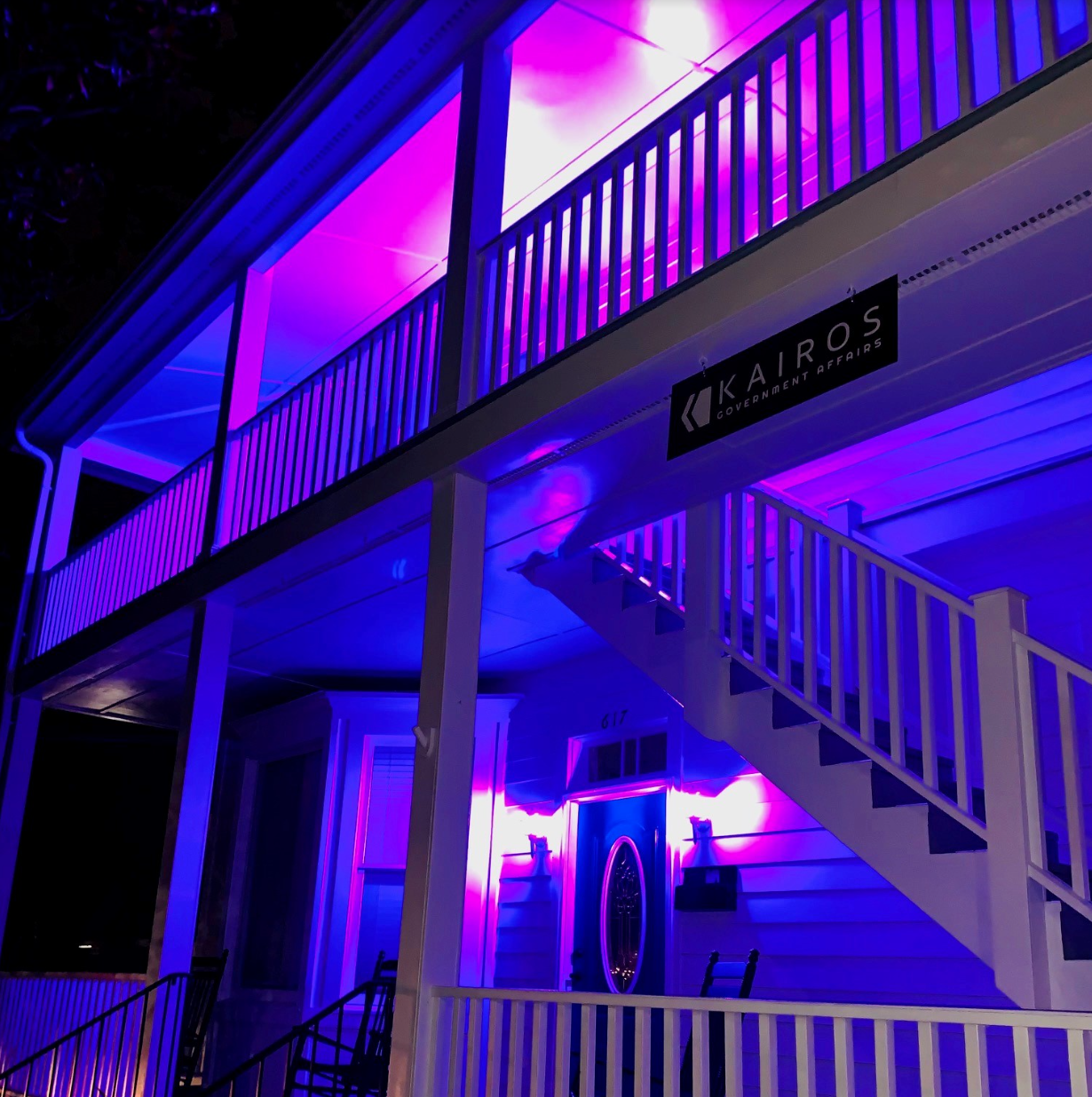 All states currently have some form of victim protections on the books, and 13 states have strengthened protections for victims by passing Marsy’s Law and enshrining those strengthened rights in their constitutions. As North Carolina knows, simply having victims’ rights laws on the books does little when those rights are unenforceable and applied unequally to victims across the state.

As a growing number of states consider the importance of supporting  victims of crime and their families, and as governments and leaders across the country continue to recognize the importance of victims’ rights, it is possible we could see an effort to amend the United States Constitution to reflect the importance of equal, accessible and enforceable protections for victims at the federal level.